Andaman Islands and its Lovely Things One Can Do

Andaman Islands and its Lovely Things One Can Do

I have always been thinking of visiting the Andaman Islands. Mainly because I had grown up in a city and mountains were much closer to me than the beaches.

The accessibility and the cost incurred for me to reach a beachside destination always surpassed the hill station considering the geographical location I was stationed.

Now, in India, if we think of an Island the only island that comes to my mind was Andaman. Andaman has been on my to-do list for a long time. So here I was in the islands for a 6 days trip that covered most of the thing in Andaman and the activities of course.

On day 1, I reached Port Blair and head straight to Havelock Island in a Cruise that was operational at 2 PM from Port Blair.

I have pre-booked our hotels, cruise, and transport through a local travel company in Andaman. On reaching Havelock, I checked in the resort by a beachside and later after some leisure time took a bicycle to wander around Havelock.

Havelock Island is not that vast in terms of its geographical area so you can either cycle or hire a two wheeler to explore Havelock by yourself.

Well, I had chalked out clearly what things I wish to cover in the Andaman and after first days rest, the second day I went to experience Elephant Beach via a boat from Havelock Island jetty and did Sea Walking and Snorkeling over there.

Sea Walking was real value for money. Post this, I returned back to have my lunch at a restaurant named Anju Coco which was a delightful experience as well. The pizza and finger chips were just very fresh. Didn’t expect such thing in a remote Location as Andaman. 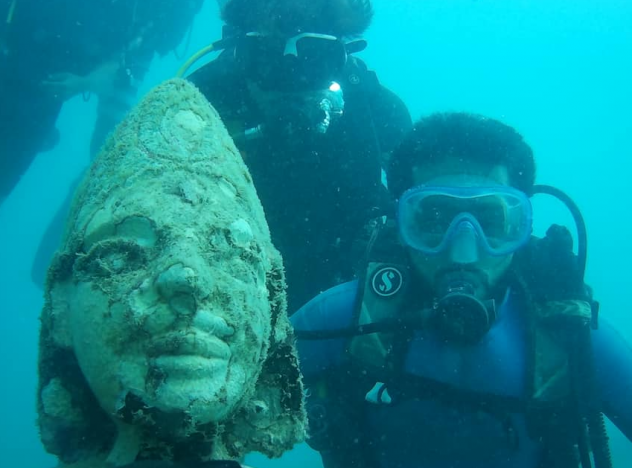 The third day, I covered Scuba Diving at Nemo Reef which was again top of the grade. Since I never knew swimming a guide accompanied me under water and I felt safe during my entire trip.

Post this I spent some time by the beach at Radhangar, which is rated as one of the best beaches in India and it truly deserves its position. The next I am heading to Neil Island.

On the Fourth day of my trip, I was heading to Neil Island from Havelock Island. Neil Island has some very amazing views of the landscape and the sunset as well. A natural rock formation is one of the major attraction here in Neil.

In addition, the resort here was perfect with a swimming pool very well connected to the hotel room. Though I didn’t do any activity here I was very happy to witness the calm and composed nature of Neil Island. 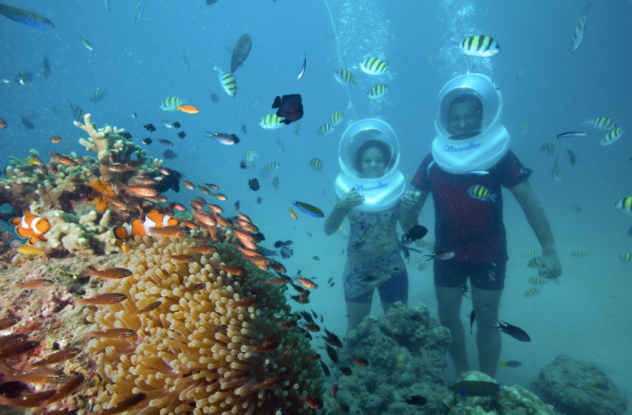 The fifth day, I returned back from Neil Island to Port Blair by a cruise. Post this I went to Chidiatapu which is believed to be the best sunset point in Port Blair. The name as it suggests is the birding ground for birds in the islands.

Before I start packing for my return journey back home, I strongly feel that Andaman is one heck of a destination and it requires a minimum of 7-10 days just to cover the south part of the Andaman Islands.

I have missed Baratang Island, North Bay Island, Ross Island and Jolly Bouy Island considered to be the best attractions in the southern part of the islands. And if I wished to cover the entire islands then around 15 days trip is required to cover entire things in the islands.

Andaman tourism is still at its early stage and it has a long way to go. Hope this article helped you giving insight about the islands.