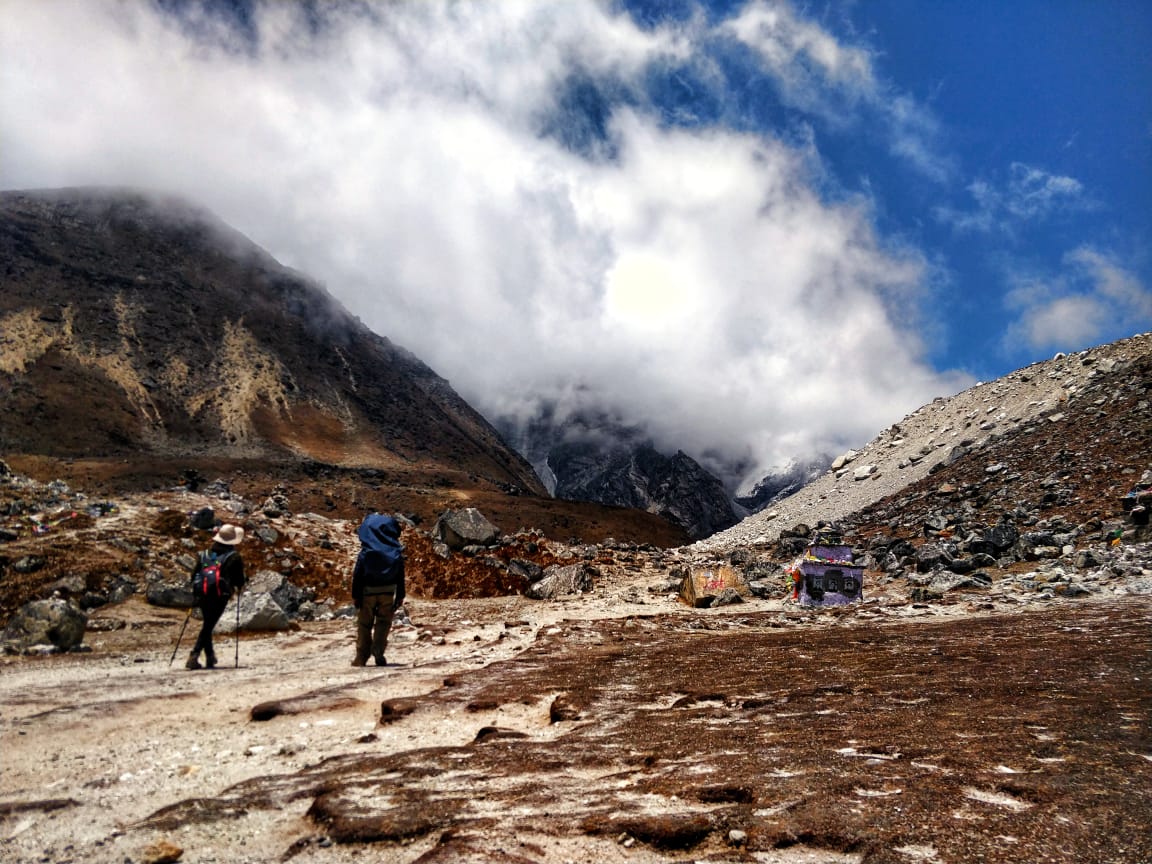 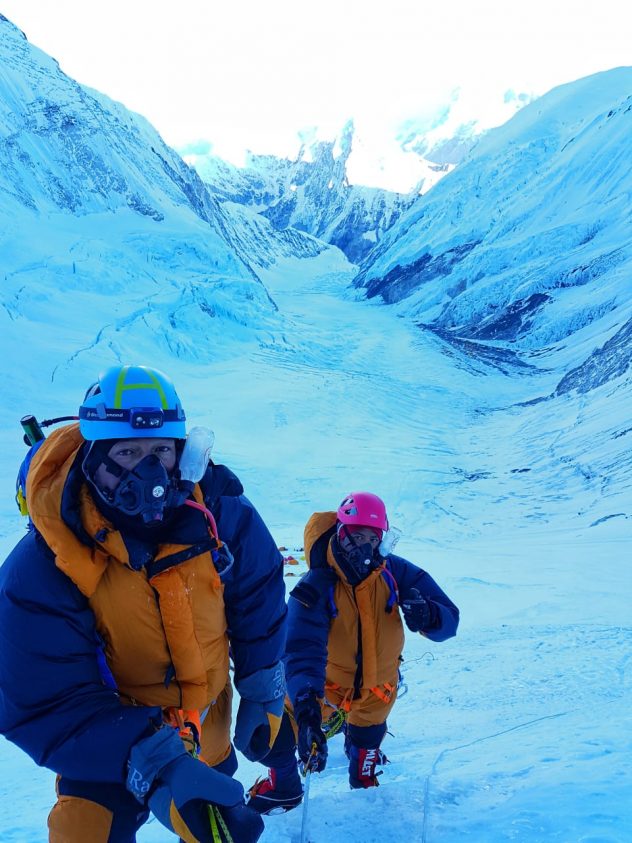 On my trek to Mount Everest Base Camp, I stayed in Lukla for 4 days because of bad weather. During these days, I met 22 people of B.S.F. I saw them near Lukla Airport. I went near to them and started the talk. After a little bit talk, I knew that they just completed the summit of Mount Everest. They completed this summit under a campaign by Border Security Force of Indian Army which name was- Clean Himalayas.

Mount Everest is the highest peak in the world with the height of 8848 meters. It is located in Nepal and very hard to climb because of low oxygen, high altitude, and temperature in minus. There are very few people who completed this summit of Mount Everest. You need training for 10-12 months before starting this summit. There were many people who lost their life during this trek. So it is one of the most dangerous mountains in the world. I salute to all 15 persons of Mount Everest who completed this hard summit and make a record. 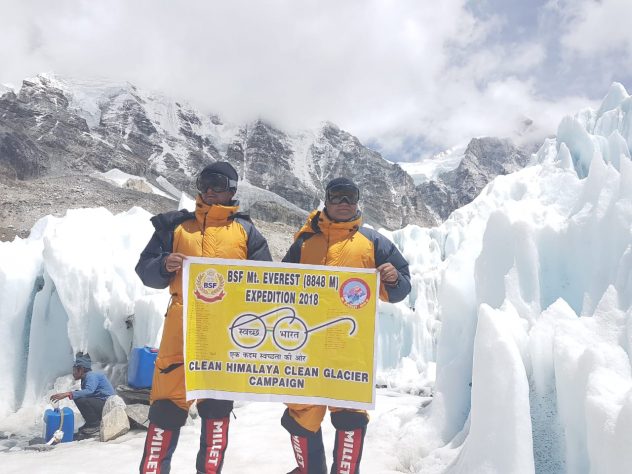 About The Clean Himalayas Campaign-

The meaning of this campaign is in its name - Clean The Himalayas. There are many people who try to summit Mount Everest, some complete this hard trek and some lost their life also. So there are many reasons why there is so much trash on the way to Mount Everest and on top as well. So the brave team of B.S.F takes this great decision to clean those all trash from Mount Everest and started their journey 3 months ago… 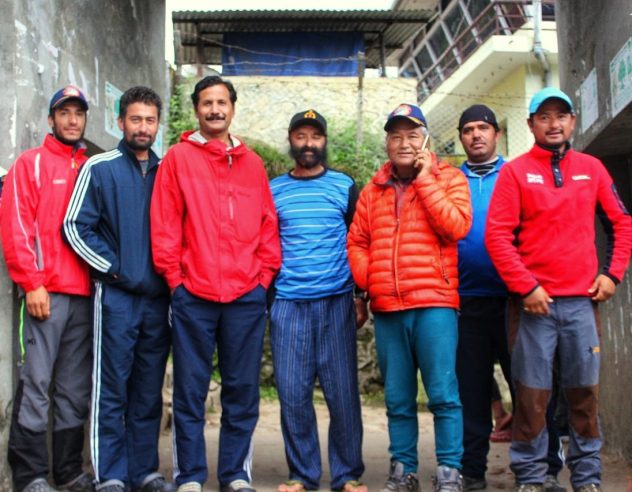 On My Meeting With Those All Great Persons, I Asked Some Questions and Get Answered-

How Much Trash Did They collect From Mount Everest?

It’s impossible to say an exact amount but they said that they collected in between 550-700 KG Trash From Mount Everest. Now these all trash is going to recycling/dispose by the help of Sherpas, Porters, and Helicopters. 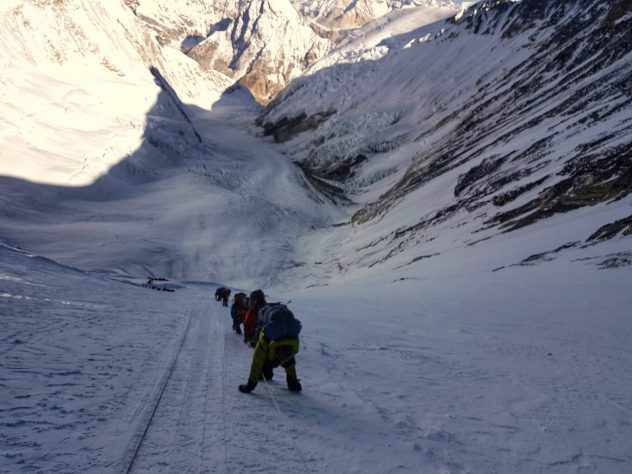 How Many In Persons of B.S.F Tried for Everest and Completed?

They said that they were 22 army persons in total, in which 15 tried for Mount Everest summit and all completed it, the other 7 were the helping person who helped them a lot.

How They Got Training for Mount Everest?

They said that they always got training from Border Security Force in Indian army training center and other mountaineering programs and campaigns. For Mount Everest, they stayed in Everest base camp for 2 months and did hard training daily and acclimatization there.

How They Got Fund for This Trek?

Of course, Indian Government paid the all expense for this campaign. 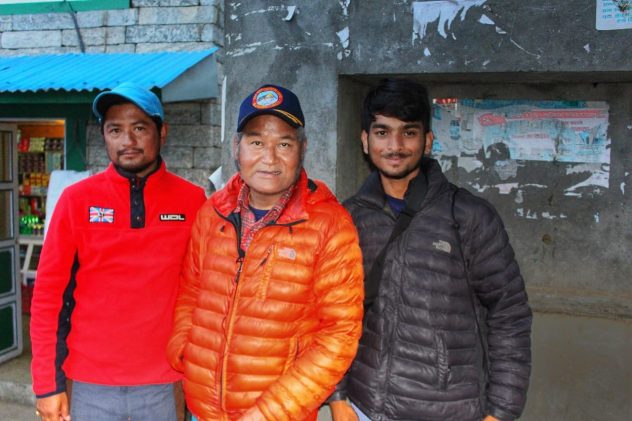 I also met Mr. Loveraj Singh Dharamshaktu, who completed the summit of Mount Everest 7th time on 20th May 2018 under this campaign. The first time they climbed Mount Everest in 2006. He was the team leader of this group. I met them in Lukla when I completed my trek to Everest Base Camp. I was looking tired but he wasn’t. I felt too motivated after meeting these all great persons. These all are inspirations. Salute to All… 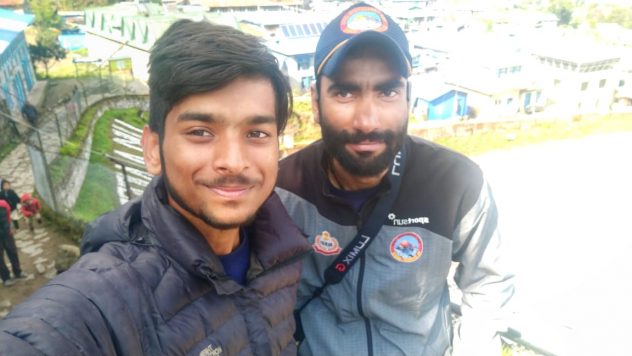 Guys, Please understand the message of this campaign. Be a responsible traveler. Don’t through the plastic bags, bottle or other trash to anywhere. Collect the trash while trekking and through it in the dustbin. If they can go and clean the Mount Everest then we can also clean our nearby places which is very small thing compared to their work.

Thank You B.S.F for taking this great decision…

And also thanks to Tara Air, Nepal who transferred more than 500 tons of trash from Lukla to Kathmandu for recycling last year without any cost. We are seeing the real nature because of all of them. I got this information while talking with an employee of Tara air at Himalayan Travel Mart 2018 in Kathmandu. Thank You All…

At Last, I wanna just say that save the nature if you want to live more. Be a responsible traveler.